Is it love? Addiction? A guilty pleasure? Over the last few weeks something’s gone on between me and a sultry sheeps cheese called Rond du Val – I just can’t get enough of it.

It comes in an unassuming container and for ages I have picked it up, thought that’s interesting and put it down again. But a couple of weeks ago it came home with me and since then I have eaten it at least four more times. Including yesterday when I secretly scoffed half of one on my own in the office kitchen at lunch.

Shaped like a small Camembert, this is a pasteurised, bloomy rind cheese from France. It’s made by Papillon, who also make a Roquefort. And aside from that I can’t find out much more about it. 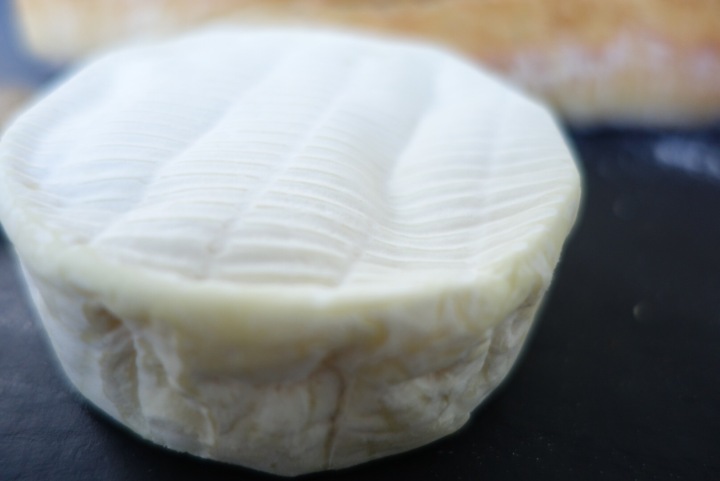 So it’s not raw and maybe it’s not a traditional cheese but it’s a beauty.

Pick up Rond du Val and give it a big sniff and you’re transported away from the city to the sea side, a briny breeze lilting across a deep creaminess.

The rind is velvety white with gelato lemon showing through. Cut into it and you’re rewarded with a silky lustre, the curd sensuous and gooey. 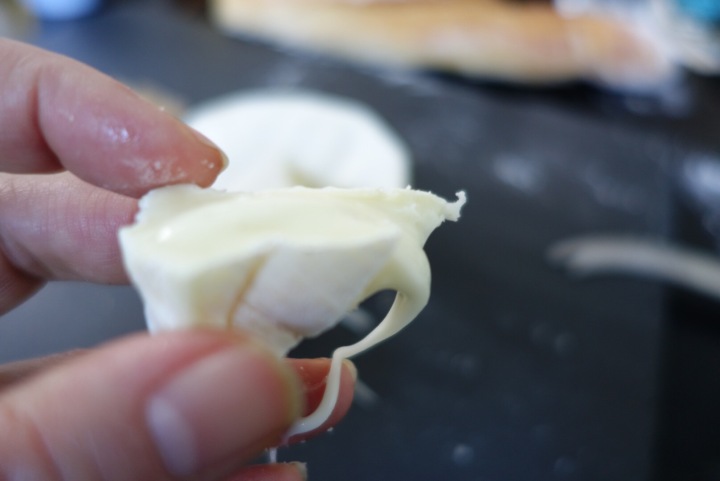 And then when you take a bite, boom! Grassiness bursts through, deepening to a meaty mushroom, reminiscent of Brie. Vegetal and rich, the higher milk fats gives sheeps cheese a silky smoothness that sometimes makes cows milk cheese seem downright rough. 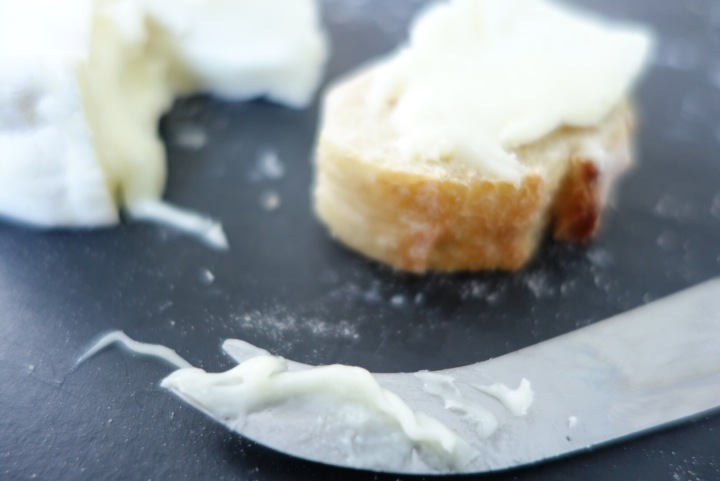